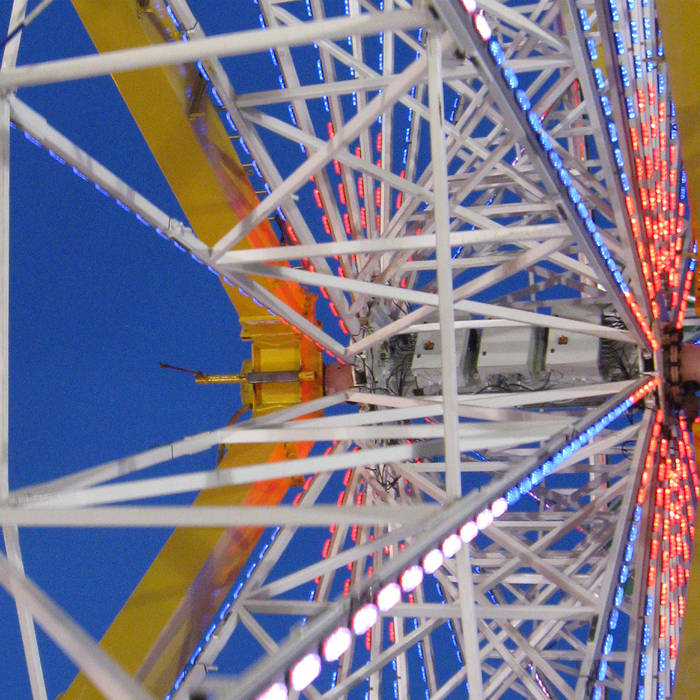 The Calgary creative music scene hasn't been the same without Dan Meichel. My life, and that of many others, was richer in a way that only Danny could have made it and after his sudden passing in Japan in 2009, it took a few years before I could start going through these older recordings we'd made. But it's been a joy to revisit them, and this will be the first in a number of archival recordings featuring Dan. I lived for two years in a house in Mount Pleasant, in mid-north Calgary, which had an unbelievably great-sounding basement. While I lived there, Dan would often come by in the evening for playing, usually followed by hours of record listening, hilarious banter, and insane wordplay. This is one of those evenings' music from June of 2008. Dan was the sort of musician that had the ability to make whoever he was playing with sound better. He had great ideas, but was always willing to punctuate them with a very real sense of sponteneity, always willing to give himself fully to the moment at hand, and he had fantastic ears, picking up on the most passing of phrases and turning them into a dramatic moment. At the time of this session, I was in a period of developing limited, yet expressive vocabularies on a number of instruments besides the drums, and it wouldn't have been possible to get where I did without Dan's respect for what I was attempting and his uninhibited attitude towards simply playing. As much as we never planned or discussed it, I feel there was some sort of channeling of the Brotzmann/Bennink duos from the 70s (and their stuff with Mengelberg and Van Hove, too). The strange, episodic nature of some of the complete pieces, and the general combination of comfort with each other and irreverence toward what we were doing (in some ways, a kind of serious goofiness) make me think so. He was a full-on player, reading charts, drawing on time spent in r&b bands, and this polystylistic tendency allowed us to stray into many different zones, speaking tongues on our respective horns or approaching fairly straight jazz modes. I remember once I transferred this cassette to disc and gave it to Dan, he would drive around (delivering repaired horns to high school band programs) listening to it, relishing it entirely, repeatedly finding new favourite sections to point out to me at our next session or ride to a show. I think he'd be happy to know this was going out.
- Notes by Chris Dadge