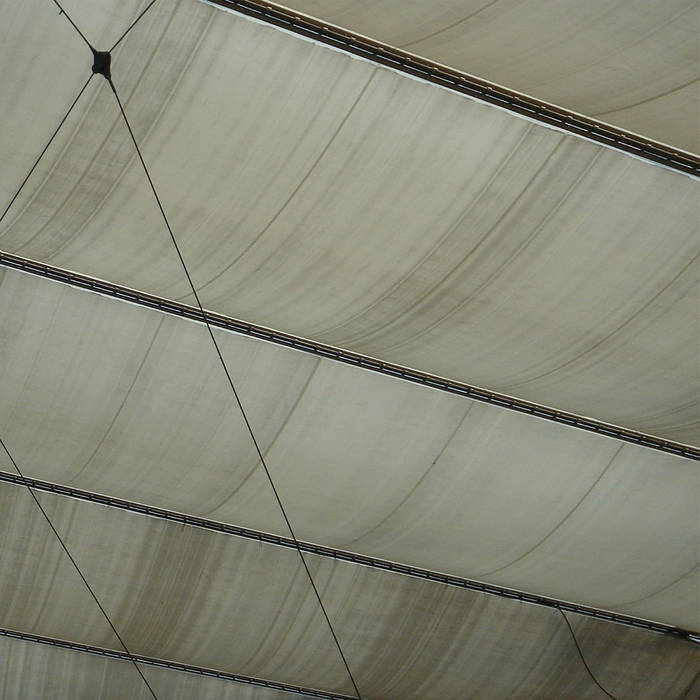 Bug Incision is proud to be continuing our relationship with the San Francisco tag team of Jacob Heule (also known for his work with Ettrick and Barn Owl) and Tony Dryer. Earlier on in the Bug Incision game, we had the good fortune of releasing these two in conjunction with Jack Wright (bim-14), and also as part of a larger midwest-based ensemble called Storm of Corpses (bim-13). Heule and Dryer have also maintained their own duo called Basshaters, and have a disc on Creative Sources with their trio with Jacob Lindsay. Over the years, they've managed to get themselves over to Europe a couple times, which is presumably where they hooked up with Håvard and Guro, two musicians who seem to have quite successfully overhauled their instruments' basic sonic identities. It's kind of interesting how, for the most part, the melodic and harmonic activity in the pieces come from the basses (always a good instrument in plural, proven here), while the guitar seems to content to exist as a sounding unit for all manner of physical manglings. The six-stringed playing on this record is in fact quite winning, coming across as a mixture of Christian Munthe's guitar anti-heroics (if you don't know him, do yourself a favour and look him up) and what Roger Smith might've sounded like if he'd forsaken his beloved nylon-string for a steel counterpart. But back to the basses: while a lot of 'free-improvising' double bassists automatically reach for upper end of their instrument's register, these two both share a fairly uncommon inclination towards the lower region of things. The reason that this is remarkable in a group context is that it means that our guitar and percussion overseers are exercising a wonderous amount of control, sensitivity, and a finely honed dynamic understanding in order to make this work, not only in terms of a listener being able to hear everything, but also in their own abilities to communicate and react in the moment. Jacob's effectiveness as a purveyor of avant-leaning percussive stylings is often evidenced in the frequent moments when it is a) not clear that there is a percussionist present at all, and b) very often it becomes very difficult indeed to make out who's doing what. As far and wide as Bug Incision has happily moved within the realm of improvised music, this is the kind of stuff we started out with, and continue to dig, wholeheartedly.

Seven tracks whose titles are all anagrams of the word “bark”. The press release admonishes us with the definition “sound-oriented improvisation”, which might emerge as a gently mystifying explanation for those – like yours truly – who think that EVERYTHING is sound. But the magnitude of the mass of heavy wood and thick strings involved is enough to tell you that we’re dealing with music with a preponderance of fundamentally rich percussive traits and sneering anti-melodies (mostly by the basses, curiously, as the guitar is employed more as a machine to tamper with), often verging on clattering of the aurally rewarding variety. Face it: there are lots of ensembles nowadays that explore this area, the place where rubbing the instrument’s body and letting objects bounce on a snare’s skin (just mentioning a couple of the thousands of events occurring throughout, huh?) run parallel to actual pitches, weak-to-piercing upper partials and intimidating droning, usually in some type of contrapuntal configuration. Sult exist since 2008, though, and it shows: their interplay – in spite of the timbral jaggedness – is solid, even precise, musical in the right spots and also in the “wrong” ones. The quartet is positively willing to let room for a listener to break through the secret corners of what gets conceived on the spot, which is basically the raison d’être behind the enjoyableness of the whole.

At times maddening with multiple intensities of chaotic scraping and beating, others of airy whimsy, “Bark” by the international improvisation quartet Sult is an engaging listen of extended techniques on traditional instruments.

The pieces here are acoustic performances informed by noise, electro-acoustic improv and drone. The results are highly original however, due to the eclectic decisions made by the members. There are many different techniques and strategies employed by each member on their respected instruments. At times the contrabasses are played percussively on the body while cymbals are bowed. This mixture of technique is pervasive throughout the performances and is always wonderfully applied.

There is a unique form of communication among the players of which they have been developing since 2008. Dryer and Heule live in San Francisco and Skaset and Moe are from Norway, yet their ability to predict and lead one another suggests they live in the same house. It is impressive that they are able to maintain and build this relationship despite their physical distance from each other.

Listening to “Bark” is not as challenging in the tonal pallet as the referenced influence of noise and electro-acoustic as all the sounds provided are acoustic and stay within a comfortable volume in relationship to the group. Each sound, be it loud or quiet is treated with such delicacy and precision that multiple listens reveal ever expanding textures and gestures. This is not to say that the music is not richly complex with challenging sounds and compositional tactics, simply that within the support complexity the group manages and maintains and welcome listening experience.